Home> News> Master Plan for the establishment of Investment Platforms

Master Plan for the establishment of Investment Platforms 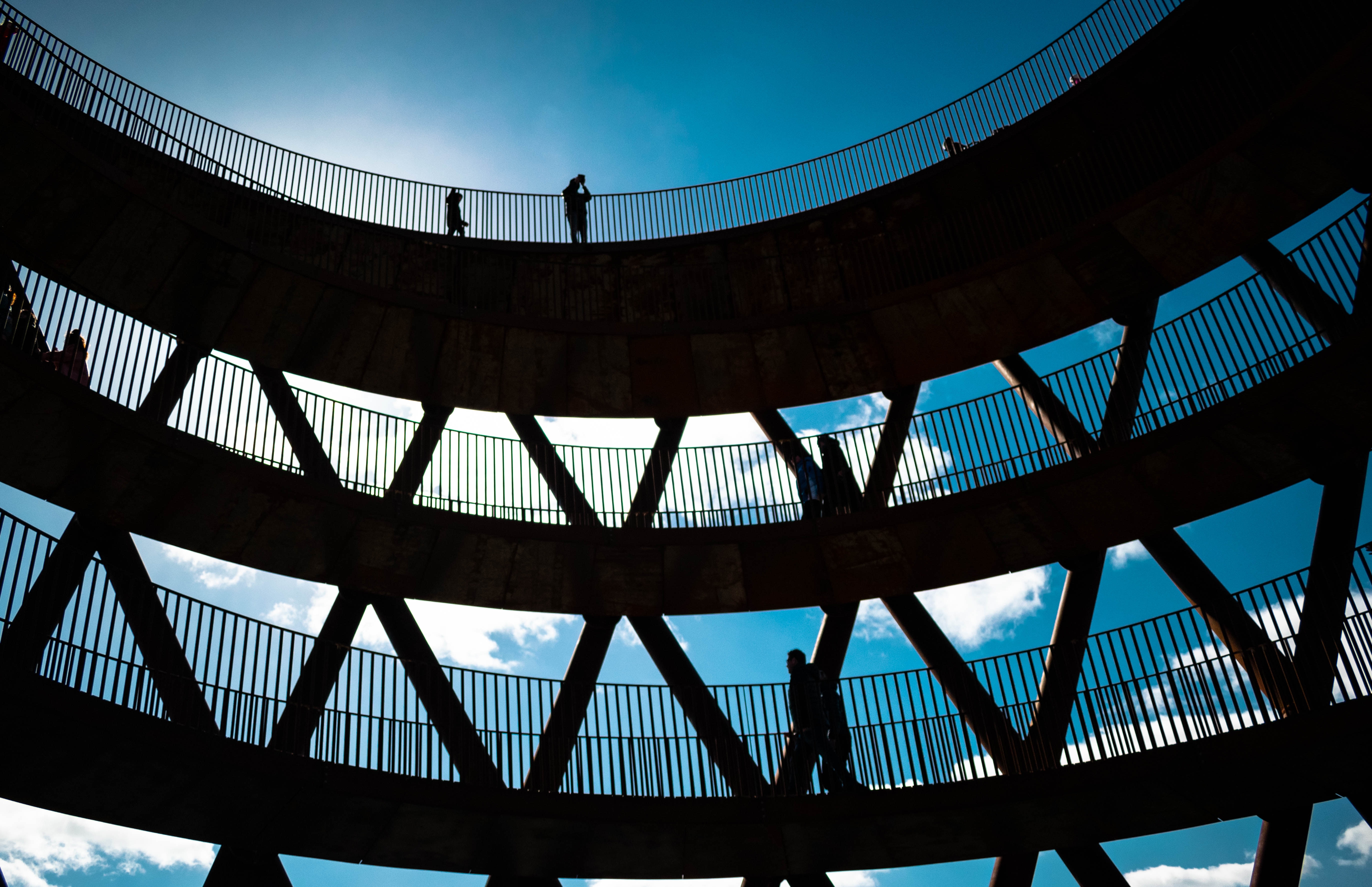 The Master Plan is the working framework for the duration of the CitizEE project, making the link between the CitizEE Work Breakdown Structure and the steps to take and tasks to perform to establish Investment Platforms under European Fund for Strategic Investments (EFSI)/European Structural Investments Fund (ESIF) regulations. It has been structured according to the development stages of Investment Platforms (Assessment, Design, Set-up, Implementation) which align with the development phases of CFs4EE Financing Scheme as detailed in the CitizEE grant agreement

It is to be noted that the EFSI initiative will soon reach the end of its timeframe and will be replaced by the new InvestEU framework as a successor of EFSI. Apart from the Lithuanian pilot region that has already succeeded to obtain approval for an EFSI-backed Investment Platform and will be signed within the current timeframe, according to discussions with the European Investment Bank, the remaining timeframe will most probably not allow other CitizEE pilot regions to obtain an ESFI approval for their projects. Remaining pilot projects will therefore fall under the InvestEU framework, which, although based on the success of the EFSI initiative, includes a number of significant developments that will need to be analyzed in more detail as soon as the regulation establishing InvestEU will enter into force. The Master Plan should therefore be reviewed regularly (at least at each stage of development), in order to align it with the most recent information. Following consultations with European Investment Bank (EIB) and European Investment Advisory Hub (EIAH), it is assumed that in the next Multi-Annual Framework (2021-2027):

Welcome to the last newsletter of the CitizEE project. After four exciting years, the project is coming to an end. Let us share the most important news with you once again. 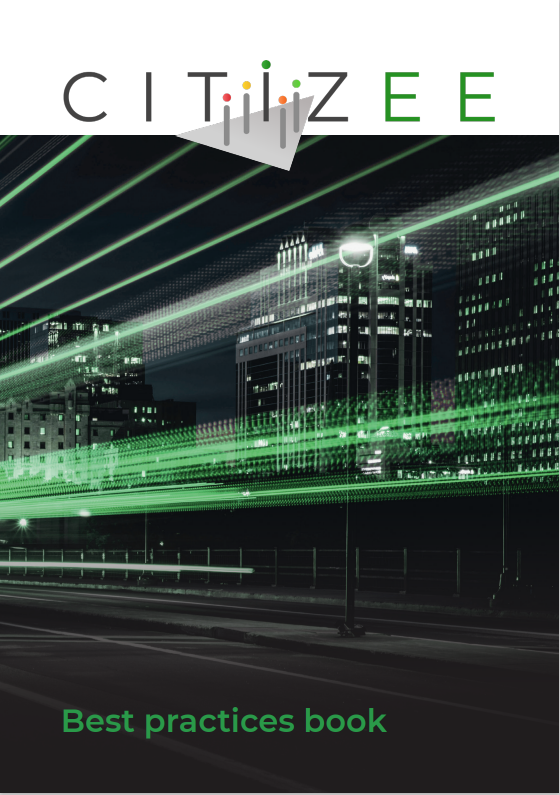 This booklet presents the experiences and recommendations of the four different demonstration projects. It also includes operational advice from a financial expert on developing and implementing citizen financing programs, and regulatory recommendations from a legal expert on scaling up citizen financing programs and improving efficiency and regulation. The Pilots section of the booklet presents the four different demonstration projects, their specific financing approach, and lessons learned. The key messages from our finance and legal expert can be found in the Core statements section. 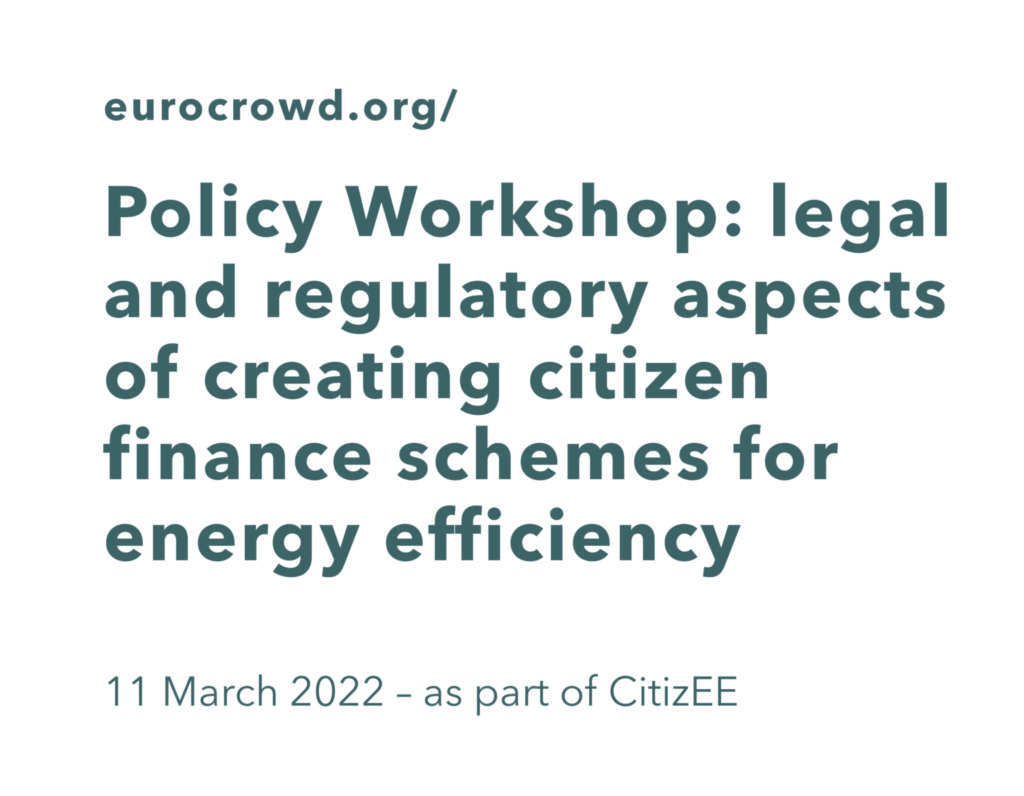 As part of CitizEE, a consortium co-financed by the EC under Horizon 2020, this workshop will present the legal and regulatory aspects of creating citizen finance schemes for energy efficiency for policy makers, regulators and system operators.